Bernie Chavira is the AVP of Mortgage Lending Originations at Define Mortgage Solutions, a wholly owned subsidiary of Desert Financial Credit Union. In his role, he leads the top credit union mortgage origination team in Arizona.

Chavira began his career in the banking industry more than 20 years ago at World Savings Bank. He joined Desert Financial in 1999.

In 2007, Chavira received the National Credit Union Foundation’s HOPE Award for his efforts assisting individuals in underserved communities achieve homeownership. He was promoted to help lead the mortgage origination team in 2009. His team has since assisted more than 25,000 members with their mortgage needs.

Chavira has also helped other credit unions succeed through his work with the Arizona Credit Union Real Estate Network, having served on their board and as a two-time past president of the organization. He is a member of the Arizona Mortgage Lenders Association and a graduate of the Mountain West Credit Union Association Leadership Institute.

Chavira grew up in Mesa, Arizona and is a proud alumnus of Arizona State University. He describes himself as a natural optimist who thrives most when being challenged. Bernie’s favorite quote is, “Things may come to those who wait, but only the things left by those who hustle.” 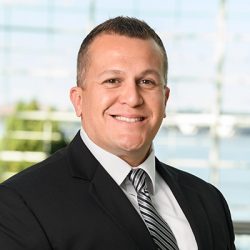