Bob Dorsa is a co-founder of ACUMA (the American Credit Union Mortgage Association), a professional trade association. He served as the President of ACUMA for nearly 20 years. Having retired from the position of President in January 2020, Dorsa continues to provide guidance and association executive skills for ACUMA and its members as Senior Advisor.

ACUMA is a nonprofit focused exclusively on credit union residential mortgage lending and related real estate issues. Starting with a small group of CUs and suppliers, ACUMA in 2020 has more than 400 members nationwide.

Dorsa is recognized for his 45-plus years of experience in the credit union industry, including holding top executive positions for several credit unions and formation and development of both ACUMA and NACUSO (the National Association of Credit Union Service Organizations), where he spent more than 15 years as President and CEO.

Dorsa believes real estate lending opens many doors to other account relationship with consumers and younger members who are critical to the future of the credit union system. He says credit unions must achieve increased success in real estate lending, where market share percentages have been in the single digits for decades.

Among Dorsa’s many achievements is his 20-year tenure with NACUSO that coincided with the growth and development of hundreds of CUSOs in the United States from 1985 until 2005. He has assisted and consulted with dozens of CUSOs from their formation to viability business entities.

In 2002 Dorsa was formally recognized as an Honored Lifetime Member of Stratmor’s “Who’s Who in the U.S.” directory and in 2008 he was named to the “Who’s Who in America’s Credit Unions.” 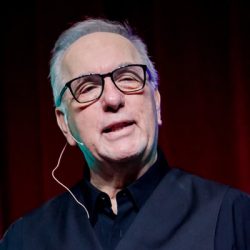