In addition to his role as Chairman for the American Credit Union Mortgage Association (ACUMA), he is also chairman of the board of myCUmortgage, a director of CU Realty, Inc., a board member for Credit Union Student Choice and Treasurer of his church’s Finance Committee. Previously, Mislansky served as Treasurer for the Dayton, Ohio Habitat for Humanity Board of Directors, as a member of the Fannie Mae Credit Union Advisory Board, the Prime Alliance Advisory board and the HomeOwnership Center of Greater Dayton’s Advisory Board.

Mislansky is a recipient of the 2011 Dayton Business Journal’s Forty Under Forty Award, the Dayton Area Board of Realtors 2012 Marie Kindrick Volunteer Award, and an inaugural inductee in the Ohio Credit Union League’s William A. Herring Society.

Mislansky holds bachelor degrees in both Accountancy and Finance from Miami University in Oxford, Ohio. He and his wife, Julie, live in West Chester, Ohio, with their two children, Joe and Mary and their dog, Mazy. 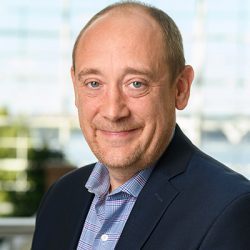