CFPB Head Fails to Appease CUs at GAC 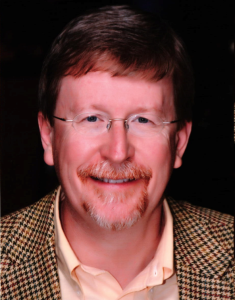 If credit unions were skeptical toward the Consumer Financial Protection Bureau going into the 2016 CUNA GAC, they came out downright angry.

Reactions to the Feb. 23 GAC general session speech by CFPB Director Richard Corday were uniformly negative. While Cordray tried at several junctures to reassure credit unions that “CFPB gets it” when it comes to credit unions and their pro-consumer stance, audience members after the speech gave it low marks.

Mortgage regulations were a point of contention during the speech. Cordray pointed out that there had been nearly a 40% increase in mortgage originations since QM took effect in 2014, despite predictions of decline by skeptics. The director also noted that CFPB had been flexible in its interpretation of the definition of a rural area for purposes of QM exemptions.

Cordray also contended that the implementation of the TILA/RESPA Integrated Disclosure (TRID) forms used during closings, effective October 2015, has been largely seamless.

During a backstage session with Cordray involving CUNA board members, the discussions reportedly became heated. There were charges that CFPB was being overzealous in its pursuit of bad actors, and that, unintentional or not, these actions burden credit unions.

Cordray reportedly countered by expressing frustration that public criticism of CFPB by credit unions is making it difficult for the bureau to practice restraint toward credit unions.

What’s next? Look for credit union trades in Washington to continue their push to have CFPB use its authority to exempt credit unions from certain rules. Several avenues will be explored, including direct pressure on CFPB, and appeals to Congress for legislative remedy.

Given the strong degree of Obama administration support for CFPB autonomy, look for these appeals to go largely unheeded.

John McKechnie serves as Senior Partner for Total Spectrum in Washington, D.C. He represents credit union and financial services providers on Capitol Hill. Previously, he was as a presidential appointee at NCUA, where he served as Director of Public and Congressional Affairs. Contact him at mckechniellc@gmail.com or (202) 997-5816.

We’ve Cracked the Code on Cross-sell. Let Us Prove It!