Vince Salinas is the Vice President of HOme Loans at Patelco Credit Union, in Dublin, California.

Salinas has been in this role for the past 12 years. He is an accomplished real estate lending executive with nearly 30 years of experience of originating, marketing, and developing innovative and highly successful loan products.

He feels that his greatest achievement, however, is his civic and community involvement. He is the Chairman of the Board for Habitat for Humanity East Bay/Silicon Valley. He formerly served as a City of San Ramon Housing Advisory Committee Member where he advised the Planning Commission on policies that ensure affordable housing programs for households with incomes below 120% of the area median.

Vince is married and has one son. In his free time, he is a board member for San Ramon Little League. He was also Cubmaster of Cub Scout Pack 997 of the Mt. Diablo/Silverado Council. As a UC Berkeley graduate, Vince is an ardent supporter of Cal Athletics and enjoys attending their football games. 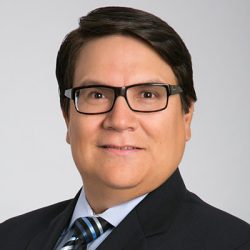