Bill Belichick, New England Patriots coach and five-time Super Bowl-winner, recently discussed the sustained success of his NFL team in a television interview. But his comments to CNBC contributor Suzy Welch can be applied far beyond football.

In fact, credit union mortgage lenders can learn a lot from Belichick, perhaps the best ever at coaching professional football.

Belichick talked about the principles that have guided his life. And the two words he used to describe how these principles applied to coaching and teaching players were “reliable” and “consistent.” He explained that in a difficult situation he would always looks to his most reliable and consistent players.

Belichick said that only the truly outstanding players can handle the most difficult situations. And he reviews his play calls and strategies to make certain he is not placing too much responsibility on players who he would not classify as most reliable and consistent. He makes it his business to know the capabilities of each of his players.

In mortgage lending, you encounter difficult situations: complicated transactions, evaluations of business partners, even hiring or recruiting the best employee for a position with your credit union. Have you ever assigned responsibilities to a staff member where you doubted their ability to deliver? Did you believe they were the most reliable person for the task? Or was it more they were simply available to handle the task?

In the next several years, as we work through the challenges of generational marketing transitions, the ability of any lender to provide quality customer service and products that appeal to consumers may come down to a Belichick-like decision of who is the most reliable and consistent players on your team.
Placing people in positions for which they are not prepared to handle the situation man have a ripple effect on the entire organization.

•  Every credit union leader must take a close look at their employees’ reliability and consistency in decision-making.

•  If you are not satisfying your members’ needs, decide which employees can make the changes necessary for your organization to become No.1 in the hearts and minds of your members.

•  Establish and follow a set of organizational Core Values that deal with issues such as these.

Another famous NFL coach also offers some words of wisdom on achieving success. Vince Lombardi addressed changing the culture of the Green Bay Packers organization this way by saying they were seeking perfection, but realizing that perfection was not attainable, they would achieve excellence. Well, Lombardi did change the culture of his team, and his success has been recognized by naming the Super Bowl Trophy after him.

The morale of my story: Success doesn’t happen without change, and to achieve success you must evaluate how your team can reach your organization’s goals. 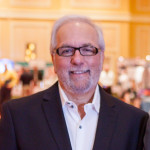 Bob Dorsa is the president of ACUMA, the American Credit Union Mortgage Association. Contact him at bob.dorsa@acuma.org or (877) 442-2862.

Leveraging the Right Technology in a Down Market

How Credit Unions Meet Compliance Requirements Head on With Reporting